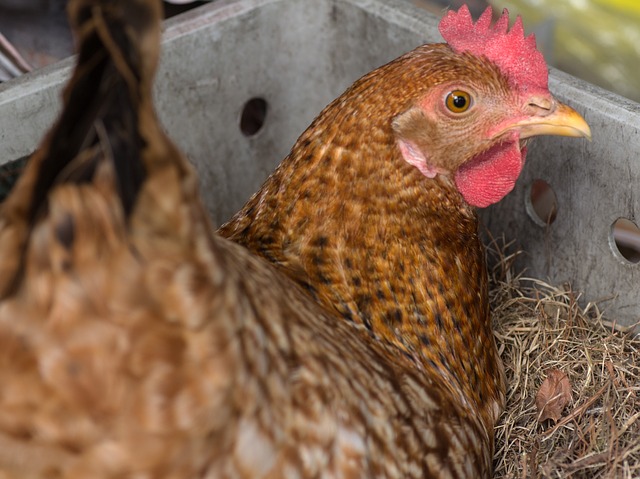 What Time Of Day Do Chickens Lay Eggs?

Movies and tv shows that feature chickens would probably make us believe that chickens lay their eggs at night, gently popping them out in their sleep. If you have ever gone to your coop in the morning in search of eggs you experience may even confirm the idea, with fresh eggs each morning that seem to have been laid in the dark hours of the night. But when do chickens actually lay their eggs? 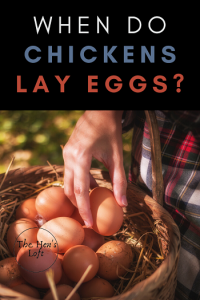 The Reproductive Cycle Of A Chicken

The reproductive cycle of a hen is really fascinating and can give us great insight into when and why a hen lays her eggs. The experts over at Backyard Chicken Coops have a great article that describes the process. Here’s the abbreviated version though.

The cycle begins with the chicken’s exposure to daylight. As soon as the chicken sees the light, an egg yolk moves from the ovary into the uterus. Next, the egg white forms around the yolk and then a calcium rich membrane envelopes the white and yolk. This membrane becomes thicker and thicker, eventually forming the shell. Once the egg is ready, the uterus contracts and pushes the egg out the vent.

Overall this process takes about 26 hours from start to finish. Within an hour of an egg dropping, the chicken will begin the process again, provided that she’s gotten enough sunlight to trigger the process again. If we imagine that the first light of the day initiates this cycle, then the next day the chicken should have laid an egg in the early hours of the morning.

Following this cycle, hens will usually lay their eggs within the first six hours of daylight. Some hens may lay their eggs as late as 3 pm in the afternoon, if their cycle began later the previous day. For the most part though, hens are early risers and will drop their egg at the start of the day, rather than later on.

Do Hens Lay Eggs At Night? 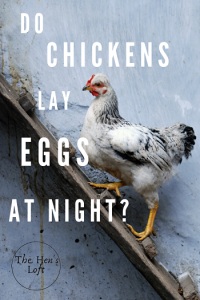 After the sun goes down and hens are back in the coop, it is pretty unlikely that they will be laying any eggs until the morning light shines again. Just like people, hens need to sleep at night. Contrary to depictions of chickens laying eggs in movies and television shows, eggs don’t just drop out of chickens into a nest. Laying an egg is hard work, and chickens need sufficient sleep each night to have the energy to grow and lay their eggs.

During those wee hours of the night, chickens want to be comfortable. Despite the fact that the nesting boxes look like they should be a cozy place for chickens to sleep, nests aren’t beds to chickens. Instead, think of the nesting box as a cozy little nursery- a safe spot to drop an egg where it’s unlikely to be broken. When it’s time to get some shut eye, hens will more often sleep in the roost. Most roosts are essentially just rungs that the birds squat down on, which would be too big a drop for an egg to survive.

Since the chicken’s cycle is dependent on sunlight, chickens don’t lay eggs at night because usually the egg is still in the process of forming insight the uterus. During the spring and summer when your chicken is getting her daily light needs, night should be rolling in between 14 and 16 hours after dawn. If you recall, the chicken needs about 26 hours to lay her egg. This means that in the evening, she’s still got 10 to 12 hours to go.

If you have checked your nesting boxes in the morning to find that there are eggs already there, it probably isn’t that your hens have been working nights. Instead, you may just be a little later to rise than the chickens who are known to start their day right at dawn. That’s great news for anyone who loves fresh eggs in the morning!

When Do Hens Lay Eggs In The Winter?

The short answer to this question is that generally hens don’t lay eggs in the winter. At least, not without a little help. If a chicken does not get enough daylight, she might not be able to lay eggs for a while. According to Scoop from the Coop, you chickens need at least 14 hours of light to lay their eggs. If you happen to live in a region with low winter light, that means you might not have eggs in the winter. In higher latitudes, chickens can spend as much as 16 hours of the day sleeping.

For many owners, this slowed or halted production is no problem. After all, it is part of the natural life cycle of the chicken. If you find yourself craving eggs in the winter though, you can spur egg production with little more than a light bulb and good timing. Nutrena World has some nice tips on what type of bulb to buy and where to place the light in your coop. Overall, it is pretty easy to provide sufficient light for hens though. A nine-watt equivalent bulb is usually enough to trick hens into laying eggs again, even in the coldest and darkest winters.

More From The Loft…

Soft Shell Eggs And How To Prevent Them

Do Hens Lay More Than One Egg A Day?

How Much Should You Feed Your Chickens? 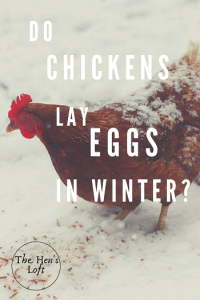 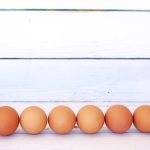 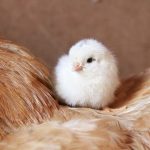