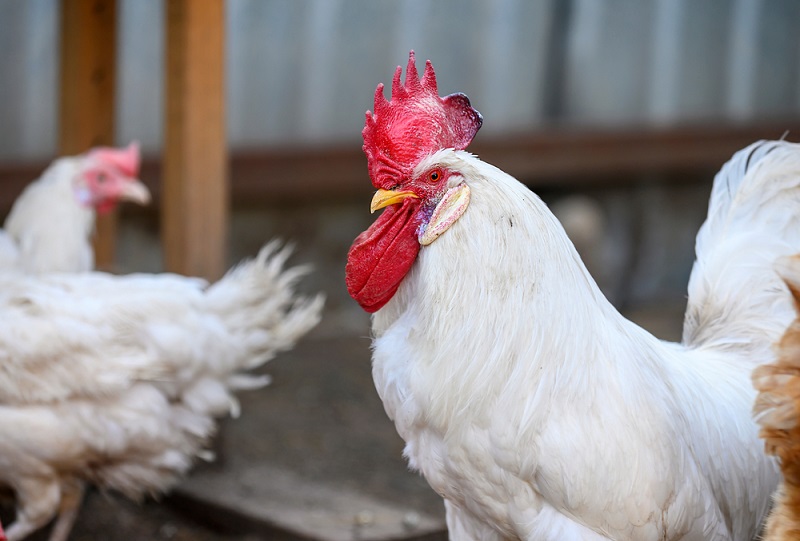 How to Stop Roosters From Hurting Hens

Aggressive roosters are something that I hear about all the time. It’s not uncommon at all to learn that one day your rooster that you’ve either adopted or have raised since birth has suddenly become very aggressive; towards you or towards the hens he’s supposed to be protecting.

In this article, we’re taking a closer look at these aggressive roosters, their behavior and try to understand why act the way they do. I’m hoping that in the end you’ll have taken away a few tips and techniques on how to stop roosters from hurting hens and from hurting you!

Why Are Some Roosters Aggressive?

But first, lets take a look a quick look at some of the reasons that a rooster might be aggressive towards your hens and towards you.

The first, and most obvious reason a rooster might become aggressive is due to his natural instincts to protect. Although this might help you understand why he might show aggression towards you and other humans or animals, it doesn’t explain why he’d be mean towards his hens.

It’s completely normal for your rooster to peck at the hens within his flock. Usually this gentle pecking is a part of the roosters mating behavior. Essentially, it might possibly be how the rooster courts the hens.

You might even be surprised or alarmed to see balding spots on the hens. Again, this can be normal behavior and a normal part of the mating procedure. This is most likely because the rooster has chosen to mate with these specific hens more often than the others. And as the rooster mates with the hen, he will grab the feathers on the hens back. This is what’s causing the bald areas.

It’s shouldn’t be any secret that chickens in fact do get bored, including roosters. This is especially true if the chickens don’t have a very large area to roam or are not free range. This is why there are many different products available that provide mental stimulation for the chickens.

The winter months are especially prone to be “boring times” for many chickens. That’s because there’s not much growing on the ground, the seeds have all be picked through and there’s just not a lot to forage through.

Be extra watchful during these colder months for aggressive rooster behavior. A bored rooster will find entertainment in terrorizing his hens.

How To Deal With An Aggressive Rooster

The first thing you should know is that it will take a lot of patience and a lot of time to try and change your roosters mean behavior. So be prepared to stick with it for the long haul.

First, try and figure out why your rooster is acting aggressive towards the hens and towards you. Below are a few different things you can do to try and protect your hens and yourself.

First, provide some kind of mental stimulation for the rooster. This can be anything from giving more scratch grains throughout the day to hanging treat balls full of lettuce and other vegetables.

Another way to provide mental stimulation for your rooster and the hens is to simply change the scenery. Sometimes all it takes is to add pallets to the run or even cardboard boxes.

One of the fastest and easiest ways to start protecting your hens from an aggressive rooster is to simply buy a Chicken Saddle. Or, if you’re handy with a needle and thread, sewing one yourself is also an option.

These are kind of like aprons that the chickens wear on their backs, and they do an amazing job of protecting the hen during the mating process.

A quick search on Amazon.com will provide you with a wide array of different styles of chicken saddles, and they’re also quite affordable.

Although I’ve never had to do this to my roosters, you can clip the spurs and the nails to dull them. Having dull nails and spurs will definitely help save your hens backs and necks.

If you’ve worked with your rooster and still aren’t seeing any progress, then a little trip into solitary confinement might just do the trick. Often times this will be all it takes.

To do this, simply separate the rooster from the rest of the flock. You can keep in in another coop area, another part of the barn, or even in a large dog kennel. Be sure to provide him with plenty of food and water and fun things to do. He’ll need something to take his mind off of his girls.

Keep him separate from the hens for about 2 weeks and then allow him back in with the rest of the flock. Pay attention to his behavior. If he behaves, the job is done. If he still shows aggressive behavior towards the chickens, try another 2 weeks by himself.

What Not to Do When Taming An Aggressive Rooster

Just as important as knowing what to do when taming an aggressive rooster, you also need to know what NOT to do.

First and foremost, never attack a mean rooster. All that will do is encourage is mean behavior. Roosters feed off your aggressive emotion. And by attacking him, this includes kicking him with your foot, hitting at him with a stick or even spraying him with water.

If you come across an aggressive rooster, try to remove yourself from the area. Anything you can do to minimize yourself as a potential target will help.

However, when walking away, you want to be sure to do so calmly. Don’t make sudden moves and don’t run away. Roosters are kind of like cats in that sense. They’ll see those sudden movements as a threat or a target to attack.

Don’t Stare The Rooster Down

When faced with an aggressive rooster, don’t try to stare him down. If you’ve ever watched roosters fight each other, you’ll easily see that face-to-face combat is a very typical fighting stance between the two fighting roosters. The last thing you want is for an overly aggressive rooster to attack your face.

Unfortunately, some roosters are just more aggressive than other roosters. Some roosters become meaner and meaner as they get older. Roosters are great animals to have as a part of your backyard flock, but the fact remains that you don’t have to have a rooster to have a healthy flock.

If after you try all of the above tips to try and tame the rooster, and he just continues on hurting hens or stays in attack mode no matter what you do, it might be time to find a new home for the rooster. 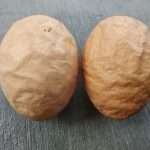 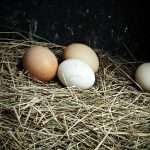