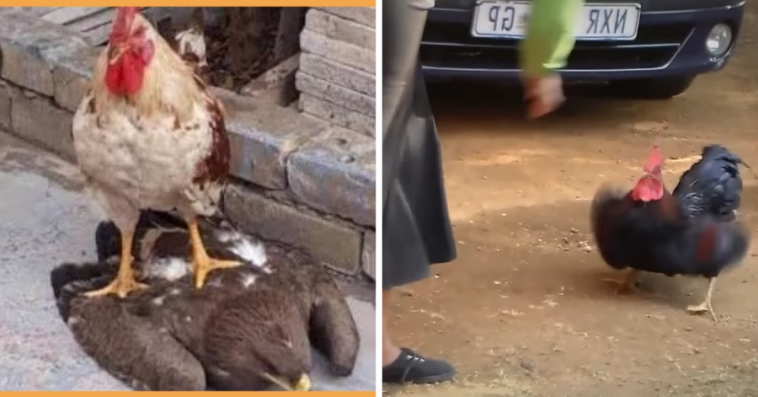 Jump Straight To The Video!

Roosters are known for their fierce and aggressive nature. It’s not uncommon for roosters to suddenly become aggressive towards their owners or the hens they are supposed to protect. In this article, we’ll explore the aggressive behavior of roosters and take a closer look at some of the intense battles that these birds are capable of. From roosters chasing horses to roosters battling foxes, we will see just how determined and relentless these birds can be. So, keep reading to find out more about the aggressive side of roosters and be sure to watch the video!

In this video, you’ll see a mix of clips featuring chickens, roosters, and other animals engaging in intense battles for dominance. Chickens can be fierce fighters when they need to and will not back down from a challenge.

Throughout the video, the roosters are portrayed as relentless and determined fighters who will not back down from a challenge.

Why Are Some Roosters Aggressive?

But first, lets take a look a quick look at some of the reasons that a rooster might be aggressive towards your hens and towards you.

The first, and most obvious reason a rooster might become aggressive is due to his natural instincts to protect. Although this might help you understand why he might show aggression towards you and other humans or animals, it doesn’t explain why he’d be mean towards his hens.

It’s completely normal for your rooster to peck at the hens within his flock. Usually this gentle pecking is a part of the roosters mating behavior. Essentially, it might possibly be how the rooster courts the hens.

You might even be surprised or alarmed to see balding spots on the hens. Again, this can be normal behavior and a normal part of the mating procedure. This is most likely because the rooster has chosen to mate with these specific hens more often than the others. And as the rooster mates with the hen, he will grab the feathers on the hens back. This is what’s causing the bald areas.

It’s shouldn’t be any secret that chickens in fact do get bored, including roosters. This is especially true if the chickens don’t have a very large area to roam or are not free range. This is why there are many different products available that provide mental stimulation for the chickens.

The winter months are especially prone to be “boring times” for many chickens. That’s because there’s not much growing on the ground, the seeds have all be picked through and there’s just not a lot to forage through.

Be extra watchful during these colder months for aggressive rooster behavior. A bored rooster will find entertainment in terrorizing his hens.

What Not to Do When Taming An Aggressive Rooster

Just as important as knowing what to do when taming an aggressive rooster, you also need to know what NOT to do.

First and foremost, never attack a mean rooster. All that will do is encourage is mean behavior. Roosters feed off your aggressive emotion. And by attacking him, this includes kicking him with your foot, hitting at him with a stick or even spraying him with water.

If you come across an aggressive rooster, try to remove yourself from the area. Anything you can do to minimize yourself as a potential target will help.

However, when walking away, you want to be sure to do so calmly. Don’t make sudden moves and don’t run away. Roosters are kind of like cats in that sense. They’ll see those sudden movements as a threat or a target to attack.

Don’t Stare The Rooster Down

When faced with an aggressive rooster, don’t try to stare him down. If you’ve ever watched roosters fight each other, you’ll easily see that face-to-face combat is a very typical fighting stance between the two fighting roosters. The last thing you want is for an overly aggressive rooster to attack your face.

Unfortunately, some roosters are just more aggressive than other roosters. Some roosters become meaner and meaner as they get older. Roosters are great animals to have as a part of your backyard flock, but the fact remains that you don’t have to have a rooster to have a healthy flock.

If after you try all of the above tips to try and tame the rooster, and he just continues on hurting hens or stays in attack mode no matter what you do, it might be time to find a new home for the rooster. 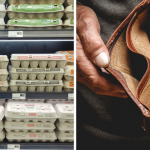