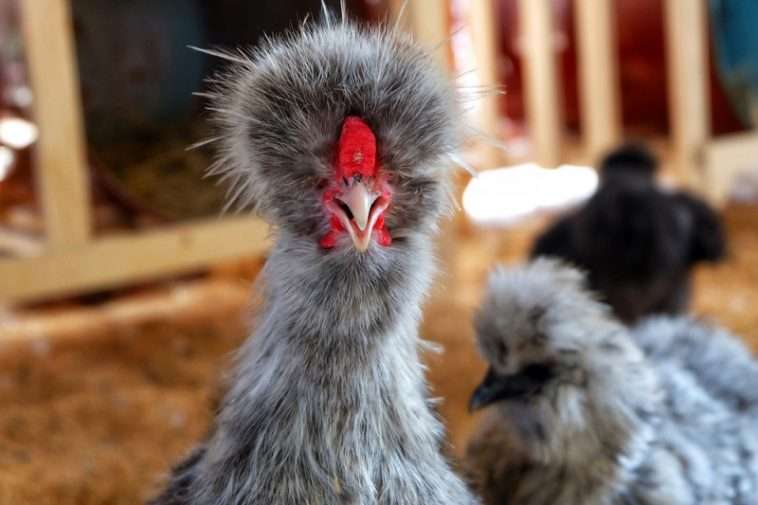 When you think of a chicken, you might start to picture the white-colored, feathered small bird we all know and love, but the world of chickens gets much weirder than that. There are dozens of chicken breeds all over the world, and while most look like you would expect, some have very distinct appearances.

How strange can they be? Well, we will be happy to show you seven of the funniest-looking chicken breeds in the world.

The name “Turken” came from the mistaken belief that this bird was a hybrid between a chicken and a turkey. A very simple mistake to make if you get a good look at the Naked Neck chicken, which certainly shares features with turkeys.

In the modern world, Naked Necks are rarely seen in North America but are very common in South America. Though that is only true for genuine Naked Neck Chickens. That is because you can easily give other chickens the gene that controls the lack of feathers.

If you are thinking less “weird” and more along the lines of “beautiful,” then the Onagadori chicken will meet your needs. Though you won’t have much luck getting your hands on one since they are considered an endangered species.

The Onagadori was originally bred into existence during the 17th century in Japan’s Tosa Province Although not confirmed to be true, it is commonly believed that the Onagadori came from other long-tailed Japanese birds such as the Totenko and the Shokoku.

The Onagadori is considered to be so beautiful that it was made into a Special Natural Treasure in 1952.  This was a pretty big deal at the time since out of all the chicken breeds thought to be Japanese natural treasures, the Onagadori was the sole breed to be considered special.

The Silkie, also known as the Chinese silk chicken, is a breed of chicken that looks closer to a Pomeranian than a typical chicken. The Silkie is visually striking for its unusual appearance that features fluffy feathers that stick out in all directions.

The strange features do not stop there. This breed also has blue earlobes, black bones and skin, and even an extra toe in each foot. You can expect to find Silkie chicken in poultry shows for their unusual beauty and extremely docile nature.

Although the ancestry of this breed is somewhat questioned, it is commonly believed that they originated in China. In fact, the earliest description of the Silkie is said to be from Marco Polo during the 13th century, who in his Asian travels encountered chicken fitting Silkie’s features.

The La Fleche chicken looks like the typical chicken around the world, but it holds a very distinctive comb. The reason La Fleche has been called a “Devil Bird” is that their comb looks like two horns.

Despite their devilish appearance, they are not any more aggressive than the average chicken. They hold an impressive position in the world of poultry because they are known to be delicious and able to lay 180 eggs per year.

They have fallen from grace in the modern era despite their dual purpose, and that is thanks to their slow development period. Unfortunately for this devil chicken, modern birds are able to develop at a much faster rate.

The featherless chicken falls slightly outside the realm of nature as it was created by Avigdor Cahaner, a cross-breeder. They were created in an attempt to make poultry eating more humane, since plucking chickens of their feathers for consumption is painful.

The Dong Tao chicken is more or less a normal chicken if you can look past its massive “dragon” legs. This rare Vietnamese chicken breed is renowned for its culinary value since it has legs that are beyond what other birds can achieve.

Unfortunately, this breed of chicken is so rare and expensive that it used to be bred solely to be fed to royalty and the rich. In the modern world, Dong Tao chicken is still relatively expensive when compared to other breeds of poultry. You can routinely expect to pay well over a thousand dollars to get your hands on one.

The Dong Tao chicken, despite its price, remains one of the most sought-after pieces of poultry and is enjoyed by many all around the world.

The Polish chicken is a breed of crested chicken that is well-known thanks to its feathers. They have a strange feather pattern on their heads that might be confused with a bad hair day. Unfortunately, the feathers on their heads can limit their vision and cause them to be easily scared.

The Polish chicken is an old breed of chicken, and thanks to that status, a lot of the history behind this bird has been lost. Still, this breed has been well-documented to be a great companion thanks to its docile nature.

If you are looking to make friends with a chicken, then this might be one of your best bets. They are known to be very gentle and calm, so there is little chance they will turn aggressive towards you. 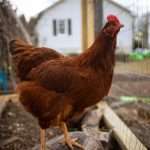 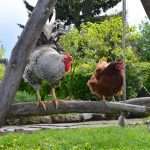