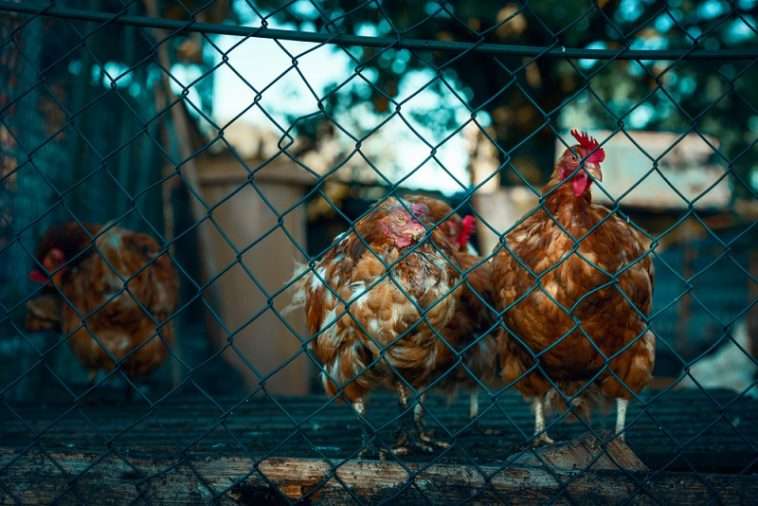 Molting is a natural process in which hens shed their feathers and grow new ones. I found it a bit alarming the first time I stepped into a coop, to be greeted with feathers everywhere.

It took me a few moments to realize that my chickens hadn’t been attacked. They were only molting. Once I understood what was happening, I was much better equipped to ease my flock through the process. Knowing when Rhode Island Reds molt can help you prepare, and avoid the shock when you see a coop full of feathers.

Why Do Chickens Molt?

When it comes to molting, hens often get the spotlight. However, roosters molt as well. Generally, chickens molt to prepare themselves for winter. Over time, feathers get dirty, worn, and broken. Feathers in this condition perform poorly at insulating the chicken from the cold.

You’ve probably experienced this effect yourself. If you’ve ever worn a shirt a hole in it, the draft was very noticeable in cold temperatures. You may have also noticed that your worn out sweatshirt doesn’t keep you warm nearly as well as a new one. This is because the fibers aren’t bound together as tightly as the fabric wears.

Chickens can survive temperatures as low as 0 degrees Fahrenheit with no trouble, but they must have a new set of feathers to keep themselves warm through the cold months.

When Do Rhode Island Reds Molt?

How long the molt takes varies as well. Some chickens can complete a molt in three weeks, while others can take 16 weeks to complete the process. The average molt time is between 6-12 weeks.

Hens will stop producing eggs during molting. This is partly due to the reduced daylight. 14-15 hours of light a day is needed for the highest level of egg production. When daylight drops below 12 hours, laying slows drastically.

The other reason why hens don’t lay when molting is because they are devoting their resources to growing new feathers. A chicken’s feathers are 85% protein. Protein is also needed to grow eggs, so it’s difficult for a hen’s body to perform both functions at the same time.

Juveniles will not molt their first winter. Their feathers are still relatively new, so they don’t need replacing. Chicks go through 3 mini molts as they grow, so it makes sense that a seasonal molt isn’t required for them.

You can expect your Rhode Island Reds to have their first molt when they are 15 to 18 months of age. This also amounts to their second fall and winter season.

Older chickens can sometimes molt twice a year. This will typically occur in the spring and in the fall.

Other Reasons for Molting

We’ve covered the seasonal molt, but your Rhode Island Reds can also molt for other reasons. Instead of preparing them for winter, it occurs when they are overly stressed or their body is taxed. If your flock is molting outside of fall, it’s often an indication something is wrong.

Lastly, a hen may molt after her eggs hatch. The brooding process is taxing, and little resources are devoted to feathers. Once brooding is over, a molt is often part of the hen’s recovery period.

Supporting Your Chickens During Molt

Molting is a tough process for your flock, particularly if they have a hard molt. There are some ways to make the process a bit easier for them.

First, you’ll need to keep your hands off. It can be tempting to wrap a bald chicken up in an adorable sweater, but this will be severely uncomfortable for them. Their skin is extremely sensitive during this time.

You should avoid touching them unless necessary for the same reason. A light caress in an area that is not actively molting is ok, but avoid picking them up or giving hugs. 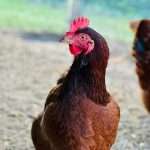 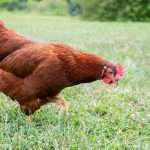