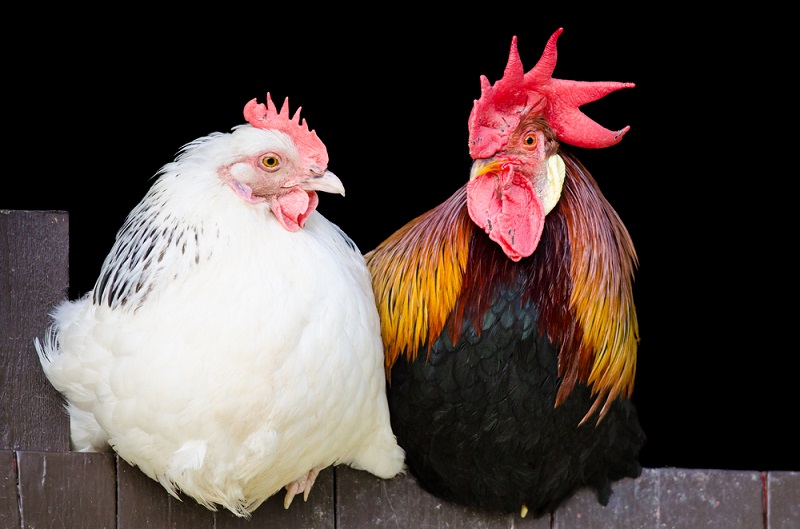 Bullies of The Chicken Yard

Have you ever seen the classic holiday film “A Christmas Story?” If not, it’s a must watch that I highly recommend. The movie is about a group of ragtag little boys in the midwest trying to navigate the troubles of the school yard and get their fantasy Christmas presents at the same time.

If you have owned chickens for any length of time you’ve probably watched your own bullies arise in your flock, just like in “A Christmas Story.” These mean spirited creatures seem to take great pleasure in making the other birds’ lives miserable. The bully and his cronies chase, peck, intimidate, and scrape other birds in the flock. They may even have a few favorite victims that they routinely haras to the point where they live in a constant state of nakedness and fear.

What is going on? Well, this phenomenon is called a “pecking order.” What is a pecking order all about? Keep reading to find out.

What Is a Chicken Pecking Order?

The pecking order is chickens’ societal structure and it is built into their DNA. In this system, all of the chickens are divided into groups based on their strength, size, general health, and natural personality. If a chicken is fit, young, naturally assertive, and healthy, for example, they will most likely be on the top of the pecking order. While weak, shy, smaller chickens tend to be low on the pecking order.

Chickens on the top of the pecking order make the rules. They get food and water first, choose where to roost at night, and get the best dust bath spots. They also physically harass chickens lower in the pecking order.

Why It’s Called A Pecking Order

It is called a “pecking order” because chickens literally peck each other as a way to show dominance and reinforce their spot in chicken society. It may seem very cruel to us, but this is the system that has evolved for chickens.

While every flock has a pecking order (remember, it’s built into their DNA,) there are some things that make the pecking order much worse.

Roosters exacerbate your pecking order problems. Since they are larger and more aggressive, they tend to be at the top of the pecking order. Roosters can do more damage than hens because of their talons, bigger size, and mean spirited personalities.

Your hens will suffer the most when there is more than one rooster in the flock, because there will be competition to breed.

To reduce the effects of the pecking order, only own one rooster, or consider getting rid of roosters all together.

2. Having Small and Confined Spaces

How would you feel if your entire family were forced to live crowded together in your living room for the next week? Things may start out cordial, but eventually tempers would flare and there would be irritability at the least, maybe even yelling and conflict at worst.

Well, chickens feel the same. Being cooped up in a small space will make the effects of the pecking order worse. This is for two reasons. First, it increases the sense of competition for prime spots in the coop. Second, close proximity increases the chances that chickens will accidentally invade each others’ space, which causes conflict.

To avoid this problem, make sure there is plenty of space for all. Do not keep chickens in the coop all day. Let them run in the yard to play or consider letting them free range (as long as you’re not close to a road and your chickens will be safe.) Make sure your population of chickens matches the shelter. If the flock has outgrown its coop, either reduce or find a bigger shelter.

Ultimately the pecking order is about competition: who gets to mate, who gets the best dusting spot, who gets to be the first one out of the coop in the morning. The examples I just gave are not essential to life, but chickens fight over those things. Now imagine there is not enough food or water. Now THAT will cause pecking order chaos!

When resources are slim, birds become more aggressive as they try to eat/ drink as much as they can to increase their chances of survival. To help reduce the effects of the pecking order, simply make sure your chickens have an abundance of everything they need. This will lessen their sense of desperation and lead to a more peaceful coop.

4. New Birds Introduced To The Flock

Remember that the pecking order is the chickens’ social structure. Like with families, every time that a new member is added, the social order changes. Sometimes the change is huge, sometimes small, but a period of transition always ensues.

Introducing new birds to the flock will disrupt the pecking order while your chickens figure out where they belong. Never just drop a new flock member into the coop and leave. You don’t know what’s going to happen. Instead, introduce new chickens to the flock slowly.

Tips For Introducing New Birds To The Flock

Set up a fence beside your chicken yard so the old and new birds can see each other, but can’t touch each other. This will help the birds get acquainted. When you do introduce the birds to each other, do it in an open space with places where a chicken could escape. Your old birds are most likely going to attack the new birds. At least this way they can run away and seek shelter.

Monitor the new birds closely. While it is rarely a good idea to intervene in pecking order dynamics, you may have to separate birds if the pecking order becomes too violent.

When Should You Intervene?

Our egalitarian human hearts want everyone to be treated fairly, and this can make it hard to watch the pecking order unfold. You may be tempted to intervene, but your temporary attempts at saving your birds will not change the fact that the pecking order is built into chicken DNA. No matter how often you shoo those mean spirited chickens away, they will come right back to harass low pecking order birds when you leave.

Even if you separated all of the weaker birds into another coop, a dominant bird would rise out of that group, choose some cronies, and the whole process would start all over again. Chickens, it turns out, are quite stuck in their ways.

Intervene Right Away If You See Blood

The only time you should intervene in chicken pecking order dynamics is when you see blood. If a chicken has been pecked so badly that it breaks the skin, that bird should be removed at once. Why? Well, chickens in the wild were carnivorous creatures. The sight of blood excites them. What starts off as a small scratch could  turn into a torn up, bloody back as all of the dominant chickens take their turn pecking.

These open wounds can lead to infection, and sometimes chickens peck a weaker bird to death. In fact, calls concerning excessive pecking and even cannibalism are a leading reason small scale chicken farmers call their vet.

So is there anything you can do to reduce chicken aggression in the pecking order? Yes! And the name of the game is comfort and abundance.

More Thoughts On Chicken Aggression and The Pecking Order

Science seems to suggest that a protein deficiency could cause birds to be more aggressive. If you’ve tried all the strategies above and your birds are still overly aggressive, try upping their protein levels.

Some Breeds Are More Aggressive

Finally, some chicken breeds are more aggressive than others. If the pecking order really breaks your heart, you may consider a more docile breed. Click here for a list of docile chicken breeds. 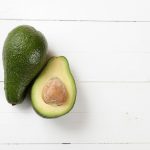 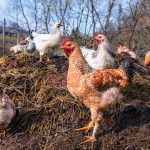