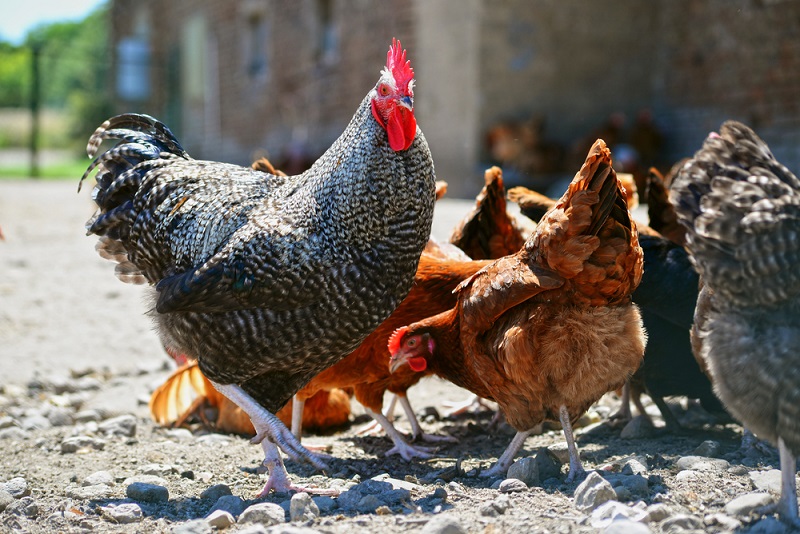 Some of you might be wondering if male chickens can lay eggs. Although males of all species generally don’t lay eggs, chickens are somewhat bizarre creatures, so it might make sense to ask this question if you’re unfamiliar with these birds.

Male chickens are unable to lay eggs. Only female chickens are able to lay eggs. Depending on the breed of chicken, you may or may not be able to immediately tell whether a chicken is male or female just by looking. If you have a flock of chickens, this is important to know. You may need to pay special attention to the sex of your chickens in order to properly deal with disruptive behavior and issues with breeding.

What’s The Difference Between Male and Female Chickens?

Depending on the breed of chicken, you may or may not be able to immediately tell the difference. Some breeds have very pronounced differences between the two sexes, but others may not. There are still a few things you can look out for that can give you a hint about a given bird’s egg-laying ability.

Typically, the most obvious differences between male and female chickens are on the head, tail, and feet. On the head, chickens usually have a noticeable comb and wattle. The chicken comb is usually red and spiky, and it lies on top of the head as if it were hair. Male chickens, otherwise known as roosters, generally have a comb that is larger and brighter than a comb on a female chicken.

The wattle hangs like a beard underneath the chicken’s beak. It is also more noticeable on male chickens than female chickens. Female chickens, which are otherwise known as hens, will still likely have a wattle and comb. They will usually just not be quite as noticeable.

The comb and wattle do serve a function. They gain their bright red color from blood that flows through them. This allows the chickens to regulate their body temperature a little more easily. If the chicken is overheated, the comb and wattle help them cool off by exposing more of their body to cool air. A similar strategy is employed by some rabbit species that use their especially enlarged ears to help regulate heat.

Both hens and roosters can grow spurs, which are spikes that grow just above the ankle on the back of their legs. While spurs can be present on both sexes, they are also more prominent on roosters than they are on hens. They have a somewhat large range in size, and some get large enough to be mistaken for an extra toe.

Unfortunately, spurs can be used as weapons if the chicken becomes aggressive. Spurs are usually sharp, and they can scratch a victim pretty badly if the chicken gets a lucky hit. Thankfully, chickens aren’t very athletic. Still, be aware of this if you ever need to physically handle one of your birds. Some people choose to use an old towel to catch the chicken before moving it. This can protect you and the chicken from harm. Keep in mind that they can hurt their own wings from flapping too hard when they’re in distress, so it’s prudent to try and stop the bird from flailing itself around if you can.

You can also look at the tail feathers of the chicken in order to tell if it is a hen or a rooster. Hens will typically look much more plain than roosters, so if one of your chickens stands out with very accentuated tail feathers that are bigger, shinier, or wavier, that may imply the chicken is a rooster and not a hen.

Perhaps the most iconic difference between hens and roosters is the crowing. Hens will never crow in the morning. This behavior is only exhibited by roosters, but not all roosters will crow. They can vary in loudness, and some may be more problematic and disruptive than others. Typically, the most dominant rooster will make the most noise, and he will usually begin just before dawn.

The differences between male and female chickens are not noticeable when they are babies. After you’ve ordered a batch of chickens, you can usually expect them to be sorted by sex for you. When you get them, you may know beforehand that one will be a rooster, but you may just have to wait until the chickens reach adolescence to know which one it is. 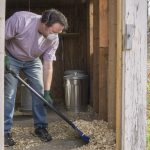 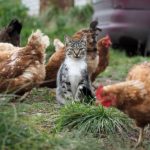