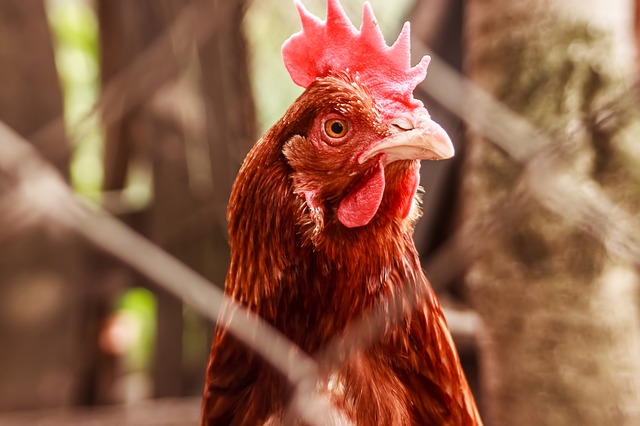 When the subjects of chickens and sneezing are first brought up, most people’s first reaction is to say “Wait, that’s actually a thing that happens?!” I know it sounds a bit bizarre to think about something with a hard beak instead of a nose sneezing, but it’s actually a common concern among chicken owners.

Keep reading to get the answers to all the questions you probably have about chickens and sneezing.

Before I get further into all the scientific and medical stuff behind chicken sneezes, I want to start by clearing up a few misconceptions. It is actually possible for chickens to sneeze.

We often think of sneezing as something that just happens to mammals, but birds can sneeze too. However, some owners get a bit confused because a chicken sneeze doesn’t exactly sound like a human sneeze. Instead of being deep and harsh, a chicken sneezing tends to have a sort of breathy, higher pitched squawk.

When you first hear a chicken sneeze, you might just think they’ve developed a strange new noise to communicate with. However, if you listen closely, you will notice that sneezes are a lot drier and shorter than other noises. Sneezes can be just an occasional thing, or your chicken may sneeze over and over.

Why Do Chickens Sneeze?

At its most basic level, why do chickens sneeze is the same reason everyone else does. They have something in their lungs, nose, or mouth that is irritating their nasal linings. Sneezing is just an automatic reflex to clear away whatever is bothering your chicken’s nose.

The reason for sneezing is usually one of these issues:

Some chickens just sneeze because something is bothering their nose. Clouds of dust in the area can often trigger sneezes among the whole flock. I often find that chickens start sneezing when they are near feed being poured out of a sack, since this can stir up dust.

It is possible for chickens to have a version of the flu or the common cold, and this can lead to sneezing. Your chicken may have a cold if it is sneezing, coughing, and not eating.

Often called MG, this is one of the more concerning illnesses associated with sneezing. It is a type of bacterial infection that can be passed between chickens, wild birds, and even people. At first, MG just tends to cause a little coughing, sneezing, or wheezing.

If you look closely at your chickens, you may notice a little nose and eye discharge too. Eventually, MG can cause symptoms like a swollen head and difficulty breathing.

MS is also a mycoplasma infection, but it is a little different from MG. MS has less of a chance of killing your chicken. Instead, it is more likely to cause slowed growth and reduced egg production. The infection can spread into the joint, which can cause the joints of your chickens to swell or stiffen.

When Should You Be Worried About Sneezing Chickens?

As you can see, there are all sorts of reasons your chicken might be sneezing, ranging from harmless to truly scary causes. You do not need to panic as soon you hear a sneeze, but it is important to exercise caution since sneezing might be a sign of some dangerous conditions.

Usually, you do not need to be concerned unless you are noticing other symptoms besides the sneezing. If you notice your birds seeming tired, breathing noisily, behaving strangely, having diarrhea, or getting pale, darkened or blue skin, I’d recommend you visit a vet. Respiratory illnesses are subtle enough the average owner might not notice them, but an experienced professional can set your mind at ease.

The length of the sneezing can also be a sign of whether or not something is wrong. Chickens that sneeze for a few days and then stop probably just had a little cold, but something might be wrong if the sneezing is not going away. If you have tried giving it different feed and reducing dust exposure but the chicken continues to sneeze, it might be sick.

Keep in mind that a sneeze can just be a cold, but it still isn’t ideal to have a whole flock of sick chickens. I’d suggest keeping any chickens that are sneezing in a separate enclosure for a few days to monitor their condition and see if they are actually ill.

It is true there can be some potentially dangerous respiratory illnesses that cause sneezing in chickens. However, many new flock owners immediately start panicking the first time they hear a sneeze, and this isn’t entirely necessary. Sneezing can also be a fairly harmless thing that just happens when your bird eats too fast or breathes in a bit of dust.

Just like in humans, the occasional sneeze is fine while repeated sneezing with other symptoms is a cause for concern. By paying attention to your chickens’ behavior and mood, you can make sure your birds stay as healthy as possible! 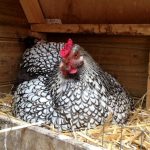 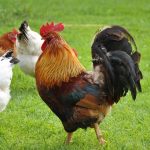