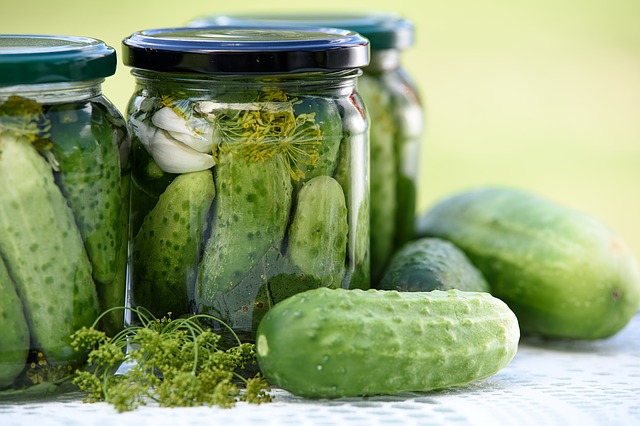 Can Chickens Eat Pickles? Knowing What Chickens Can And Can’t Eat

The thing that I really like about having a small flock of backyard chickens is that they’ll eat just about everything I throw over the fence to them. But just because they’ll eat something, doesn’t mean that I should be feeding it to them.

For example, every fall when my garden is done for the year, I fence off the entire garden space and allow my chickens to have at it. They’ll take care of all the leftover plants that I grew that year and they’ll have their way with that garden space until not one green thing remains, all while fertilizing the garden space the entire time! Bonus!

Unfortunately, my rhubarb is in that same garden, and as you know, chickens really shouldn’t be eating rhubarb. But the chickens did eat the rhubarb, stems, leaves and all, and my chickens survived as if nothing even happened. A prime example of chickens that eat everything, but probably shouldn’t.

Now what about pickles? Is it safe for chickens to eat pickles?

The first thing to consider is whether or not your chickens will want to actually eat the pickles you toss over the fence. I’ve had chickens that wouldn’t hesitate eating them before they hit the ground. And I’ve had some hens in my flock that wouldn’t touch them with a 10 foot pole!

But say you have one of those garbage disposal type chickens (like I have) and you have a jar of expired dill pickles sitting in your fridge. Is it ok for you to toss them over the fence into the chicken pen?

My opinion is yes, it’s ok for chickens to eat pickles. Do you want to feed them a consistent diet of pickles? Of course not.

But in moderation, such as your half full jar of expired dill pickles, it’s fine. With that said, however, I would imagine there’s about a 50% chance that your chickens won’t even want to eat them once you send them out.

Why Is It Okay For Chickens To Eat Pickles?

Let’s take a quick look at what pickles are made out of and if those ingredients are ok for chickens to eat.

Yep, cucumbers are ok for chickens to eat!

Yep! Another plant that grows in many of our gardens and safe for chickens! Not only is dill safe for chickens to eat, but it actually has health benefits. According to this article, dill is an herb that assists with the respiratory health of your flock. It also mentions that dill is a very powerful antioxidant. So pickles are looking good so far!

Yep! Vinegard is a-OK for chickens! As a matter of fact, there’s a lot of chicken wranglers who like to add small amounts of vinegar to the water their chickens drink because they say it has many health benefits for the birds. You can see more uses for vinegar around the chicken coop here.

Yep! Safe for chickens too. But in small amounts of course. And that’s the reason I put pickles on the safe, but in smaller amounts/moderation category…because of the salt.  Salt alone isn’t bad for your chickens, but when you start giving them large quantities of salt, then yeah, it becomes unhealthy for the chickens.

So we’ve dissected a pickle and have found that all that all the pieces that make a pickle are safe for chickens to eat. Whether or not your chickens will actually eat the pickles remains to be seen!

Just remember that a few pickles at a time is ok for your chickens. But a lot of pickles at once could probably have the potential for causing more harm than good.

Finally, maybe you don’t always have a bunch of extra pickles on hand to feed to your chickens. So what are some other chicken-friendly plants you might have around your place? There’re numerous plants that chickens love to forage for that are good for them, too! To learn more about some chicken-friendly plants you should grow near your coop, check out this graphic and article from Insteading.com!

More From The Loft

Buy ALL Your Chicken Supplies Here!- Cackle Hatchery Visit Cackle Hatchery
We earn a commission if you make a purchase, at no additional cost to you. 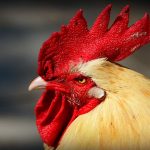