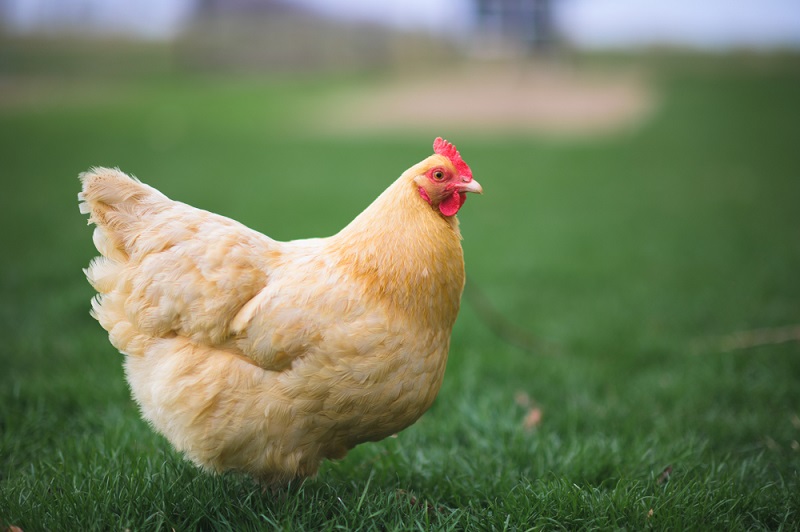 Originating in Orpington, Kent in the United Kingdom, the Buff Orpington is a dual-purpose breed renowned for its outstanding egg production and excellent table quality. They are plump and happy-go-lucky, the epitome of an English barnyard hen. While there are several varieties of Orpington, the Buff are the most prevalent. Their brilliant beige color shines in the sunlight, making them the golden children of any flock.

Beautiful inside and out, this breed has a calm and friendly attitude. They are not prone to being skittish, flighty, or aggressive. In fact, these ladies are so docile, they are often picked on by more aggressive breeds. Orpington are hearty and healthy and will do well in cold climates. This is a wonderful “all-around” breed that would be suitable for any backyard chicken raiser.

Background and History of The Buff Orpington

Until the late 1800s, “Hen Fever” was known worldwide. Farmers on every continent had a strange fascination with creating new chicken breeds. When the fever began to die down, a desire for poultry practicality remained. The trendy American dual-purpose breeds of chickens had begun to infiltrate the U.K. While they were well-respected for their practicality they were shunned because of their yellow skin. The British were only fans of table chickens with white skin.

Renowned chicken farmer William Cook from Kent, Orpington in England, was inspired to create the ideal dual-purpose chicken breed. His inspiration led him to cross Minorca roosters and the Black Plymouth Rock hen. He then took the offspring and crossed them with Langashan chickens looking for the trait of clean, featherless legs.

After 10 years of careful breeding, in 1886, William Cook introduced his creation to the English market. He had successfully produced a chicken that was a great layer and had the table qualities sought by the British. Soon, his successful breed was exported to other countries.

Cook did not stop with this simple success. His entrepreneurial spirit and skill in breeding prompted him to focus his efforts on developing stronger bodies and more productive traits. The results? Orpington was now available in a variety of color patterns.

In 1903, Cook personally transported his chickens to America where he placed them in shows. The mid-western chicken farmers favored the Buff Orpington due to their superior table qualities, unique color, and productive egg-laying traits. They had a fast rate of grown and reached roasting size by 5 months of age.

Physical Description of The Breed

If you are a backyard chicken raiser that desires to have a rooster in your flock, a Buff Orpington rooster should be at the top of your list. There is nothing worse than trying to tend your flock while having to run around dodging a “killer” rooster who is intent on impaling you with his talons.

Buff Orpington are preferred roosters because of their friendly and docile nature. They are safe to raise around young children and tolerant of being handled. They are not as vocal as other breeds. If you plan on using your rooster for exhibition purposes, this breed travels well and handles easily.

This makes them ideal for 4-H projects and showing at the county fair.

Roosters of this breed have been refined more for growing capabilities than show qualities. Buff is the most common color variation and the other color varieties may be difficult to find.

Since there are several varieties of Orpington, in general, the rooster should have the following characteristics:

The characteristics of the hens are similar to those of the rooster. Hens will have short, strong legs almost hidden by their plump array of body feathers. They have pleasantly smooth faces with medium length wattles. They will have thick and profuse feathers that tend to look loose and fluffy.

Even though Buff Orpington are not high on the best layer list, the breed does produce around 180 or more eggs a year. This equates to one egg every two days. They are not as productive as the Rhode Island Red which lays 300 eggs a year, but the other qualities of the breed make them an excellent choice for backyard chicken raisers.

Orpington eggs will be light to dark brown in color. Buffs will begin egg production around 6 months of age. Egg production and the quality of the eggs will largely depend on diet. These hens will need at least 16% protein as well as a calcium supplement. The number of egg-laying years will range from 5 to 7 with good health and nutrition. It is important to provide exercise to the hens and prevent obesity to maximize egg production.

Known as one of the most gentle and docile breeds, the Orpington heritage breed is heartier and healthier than the industrial hybrid breeds. The heritage breed tends to exhibit classic chicken behavior. They are comical in their enthusiasm to hunt and forage. They love to take their dust baths and make excellent mothers. They brood easily and will nest until the chicks have hatched. They love attention and will be the breed of chicken most likely to be adopted as a pet.

These birds are great in colder climates. They will lay through the dark and cold frigid winters and well as through the summer months.

Orpington look large because of their thick feathers which keep them warm in cold weather. Because of their size, they are not agile and don’t fly well. Perches should be lower and nesting the boxes should be on the extra-large size.

Because the Orpington is such a non-aggressive breed, they make great birds for families. They do not do well when confined in close quarters with aggressive breeds. If raised in a coop with other breeds, you should allow plenty of room and the opportunity for privacy. They will be at the bottom of the pecking order. They do well in confinement and handle and travel easily.

Because Orpingtons are large birds, they can be prone to obesity if they don’t get ample exercise. Many backyard chicken raisers like to supplement their laying mash with tasty treats. For the Orpington, choose treats that are naturally lower in sugar. Suspend the treats to make the girls work for their snack. When dispersing snacks in the coop, measure out the amount per bird to reduce the calories.

Orpington have very dense feathers. This makes them prone to collecting lice and mites. Provide a dust bath area with diatomaceous earth to help with parasite control. Keep the coop clean, replace the bedding often, and disinfect the coop on a regular basis.

While Orpington thrive in cold weather, they are less tolerant of extremely warm temperatures because of their dense feathers. In hot weather, provide shade and plenty of ventilation in the coop.

Life Expectancy of a Buff Orpington

Because of the size and propensity for plumpness, the Buff Orpington may not have the same life expectancy of some other breeds that are more slender and agile. The life expectancy will depend on the nutrition and diet of your hens.

The average Orpington will live between 5 and 10 years. There have been reports of members of this breed living as long as 13 years. The lifespan of your chickens will be increased with clean, quality shelter and a good diet supplemented with calcium and non-processed foods.

Pros and Cons of Owning A Buff Orpington Chicken

5 Reasons to Add a Buff Orpington to Your Flock

1. Buff Orpingtons make an excellent breed choice for families and first-time chicken raisers. They are handled easily and love attention. They are not skittish and can be contained in a 3-ft fence. They transport well and make excellent 4-H projects. They are a popular show breed and can be used for exhibition purposes.

2. Orpington are a dual-purpose breed. They produce a fair number of eggs and consistently lay even through winter months. They lay large brown eggs at least every other day. Their breed was specifically developed as a meat bird and they are great for the table. Unlike other meat breeds, they have the much-desired white skin as opposed to the less desirable yellow skin.

3. Orpingtons are easy keepers. They don’t have many health issues other than the propensity to gain weight easily. Their thick feathers keep them warm in the cold winters but make them prone to problems when it gets extremely hot. Shade and good coop ventilation are easy fixes to those issues.

4. Orpington are a good choice for those that want to hatch chicks. Orpington roosters are one of the few breeds that have pleasant personalities and are safe around children. The hens brood easily and make great mothers.

5. For those looking for a breed with many varieties, the Orpington has a stunning array. While the Buff is the most common variety, the birds do come in black, white, blue, and bantam. By raising a Heritage breed Buff Orpington, you are helping keep the distinguished breed of chicken off the endangered breed list. 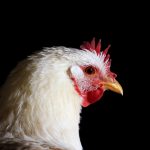 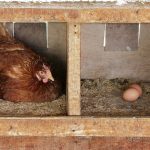