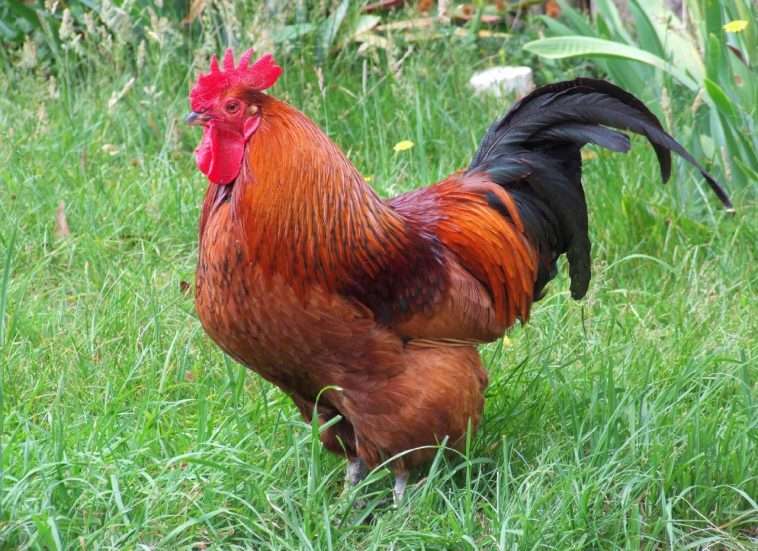 Rhode Island Reds are excellent for beginners as well as experienced chicken farmers. They have a reputation for being an aggressive breed, but is the reputation deserved?

When I began raising chickens, I got Rhode Island Reds. Back then, information on chicken breeds wasn’t easily accessible. When my rooster began to grow, he got quite aggressive, much to my surprise.

Many years later, I know much more about the breed. To put it simply, Rhode Island Reds can be bullies. They can be aggressive, but will often back down if stood up to.

The signature red color is only one of the reasons for the breed’s popularity. It’s excellent for meat production, but since the 1940s, it’s been prized for it’s egg laying capacity. One Rhode Island Red hen can produce 200-300 brown eggs per year.

It has been used to create a wide variety of hybrid breeds, because of it’s high egg laying ability. Generally, the breed is friendly.

Hens are known to be affectionate, and often make good pets. Roosters can be a bit harder to handle. Both the hens and roosters have a reputation for being pushy, or even bullies.

Hens do well with others of the same breed. If they are paired with a smaller or more gentle breed, they will easily rule the roost. However, when paired with another assertive breed, they find themselves in the middle of the pecking order.

I’ve encountered some Rhode Island Red roosters who were very friendly, and others that were quite aggressive.

The good news is that Rhode Island Reds will generally calm down if you show them that you are in charge.

Read More: How To Get Your Chickens to Like You

Rhode Island Reds are a hardy breed. They are fairly cold and heat tolerant. They are low maintenance, and can thrive in less than ideal conditions. They will also continue to lay, even in extreme weather.

They are predator savy. If you worry about your chickens being attacked, Rhode Island Reds are good at defending themselves. They are also good foragers. These factors make them a fairly low maintenance breed.

However, there are some things you should consider before getting a Rhode Island Red rooster. They are not ideal for families with small children. Their tendency towards aggression means that they should be kept away from vulnerable children and small pets, as well as smaller chickens.

If you struggle to be assertive, a Rhode Island Red rooster may be exactly what you need. It can push you to grow, and set firm boundaries. It’s also much cheaper than therapy!

Lastly, Rhode Island Reds are a joy to watch. They are curious and active. They provide plenty of entertainment.

Some Rhode Island Red roosters are surprisingly docile. However, if the luck of the draw has you dealing with an aggressive rooster, you can train them to be better behaved.

Not surprisingly, the key is to not show fear. You are the human, which means you are in control of the situation. If you show fear towards the rooster, you can expect to be pushed around. Even if you got off to a timid start, you can gain the upper hand.

Wearing the proper gear can be very helpful. Long sleeves, gloves, pants, and boots will protect your body from their beaks and spurs. This protects every area of your body but your face. If necessary, you can use your hands to protect your face. Ideally, it will not come to that.

Get Down to His Level

It may seem counterintuitive, but getting down to the rooster’s level can help with aggression as well. It keeps them on the ground, and away from your face. It also makes you feel like less of a threat.

Two Approaches to Dealing With Aggression

There are two basic approaches to dealing with aggression from Rhode Island Reds. The first is to be the hand that feeds them. When you interact with them, bring feed or a treat. Offer it to them in your hand. If they will not take it, place it on the ground in front of them, making it clear you are the food provider.

The other method is a straight forward approach. When the rooster attacks, you’ll need to subdue him. You can do this by rolling him onto his back with your foot. You can also scoop him up, placing him under your arm so he can’t move.

It’s important to stay calm when performing either of these moves. Instead of being angry or aggressive, you should be matter of fact. If you do this each time they attack, they will eventually learn that you are dominant, and stop trying to attack.

Reasons Why Rhode Island Red Roosters Might Be Aggresive

If you’re finding that one of your Rhode Island Red roosters is acting more aggressively than normal, there are a few reasons why this might be the case.

How To Deal With an Aggressive Rhode Island Red Rooster

The first thing you should know is that it will take a lot of patience and a lot of time to try and change your roosters mean behavior. So be prepared to stick with it for the long haul.

First, try and figure out why your rooster is acting aggressive towards the hens and towards you. Below are a few different things you can do to try and protect your hens and yourself.

Read More: How To Stop Aggressive Roosters From Hurting Hens

First, provide some kind of mental stimulation for the rooster. This can be anything from giving more scratch grains throughout the day to hanging treat balls full of lettuce and other vegetables.

Another way to provide mental stimulation for your rooster and the hens is to simply change the scenery. Sometimes all it takes is to add pallets to the run or even cardboard boxes.

One of the fastest and easiest ways to start protecting your hens from an aggressive rooster is to simply buy a Chicken Saddle. Or, if you’re handy with a needle and thread, sewing one yourself is also an option.

These are kind of like aprons that the chickens wear on their backs, and they do an amazing job of protecting the hen during the mating process.

A quick search on Amazon.com will provide you with a wide array of different styles of chicken saddles, and they’re also quite affordable.

Although I’ve never had to do this to my roosters, you can clip the spurs and the nails to dull them. Having dull nails and spurs will definitely help save your hens backs and necks.

If you’ve worked with your rooster and still aren’t seeing any progress, then a little trip into solitary confinement might just do the trick. Often times this will be all it takes.

To do this, simply separate the rooster from the rest of the flock. You can keep in in another coop area, another part of the barn, or even in a large dog kennel. Be sure to provide him with plenty of food and water and fun things to do. He’ll need something to take his mind off of his girls.

Keep him separate from the hens for about 2 weeks and then allow him back in with the rest of the flock. Pay attention to his behavior. If he behaves, the job is done. If he still shows aggressive behavior towards the chickens, try another 2 weeks by himself.

What NOT To Do With An Aggressive Rooster 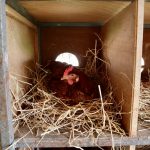 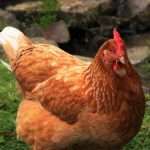